So you want to begin writing, but don't know where to begin? (Part One: Character) 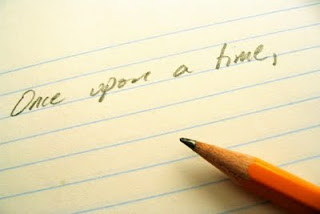 At some point, you just gotta realize what you want. More than that, you need to accept it (as my brother once told me). Some people want to draw comics, others want to paint, some people want to be in a band, and some people want to write. Obviously it's the latter I want to talk about; all you people out there who have a story to tell, even if you don't know it. I'm talking about all you who spend hours day-dreaming about the book you just read, or the people who can't play an rpg without filling their heads with character back story (among other things).


With this post I hope to answer some questions you might have, not just about how you should do things, but if the way you're already doing things is correct. When I first started, it wasn't like I had no idea what I was doing, I was simply in the dark as to the best way to do things (you'll find that there are no right or wrong ways generally). I hope to smooth out some of those worries and most of all, get you started in the wonderful world of writing.

I don't claim to be an expert, but here are some things that I wish I had known when I first started:


Character
To me, it's important to begin with character. The best stories are about people, and what they do, not what's done to them. Writers often spend a lot of time obsessing over this part of the writing process, and for good reason. Your main characters are important in establishing your voice, or the tone your writing will (hopefully) make your work instantly recognizable.


When I started The Sometimes Sword (my novel-in-progress), I had an archetype in mind (ie: the Sage Wizard, the Farmboy, the Evil Overlord, etc.) that I wanted to write about and that was it. I didn't even have a name. So for me, discovering the type of character (see above) was the first order of business. You have to decide who you want to write about. A lot goes into considering this. How many times has the Farmboy been featured? Star Wars (Luke Skywalker), The Lord of the Rings (Frodo Baggins), Arabian Nights (Aladdin), and many others. Its the rags-to-riches, young-hero-saves-the-day story, and we love that stuff. But is it what you want to write about? (For me, it was).


What about the Sage Wizard? This one is almost as easy to list. Star Wars again (Obi-Wan), The Lord of the Rings (Gandalf the Grey, and later White), The Sword of Truth (Zedd), The Prydain Chronicles (Dalben the Enchanter), and so on. While this archetype makes a good side character, feel free to make it your protagonist. There are no rules, just don't copy and paste. Remember, an archetype is one thing, a cliche is another. (Writing Excuses does an excellent job of defining the difference.)


We all know what the Evil Overlord is. Sauron from The Lord of the Rings, Emperor Palpatine from Star Wars, Darken Rahl from The Sword of Truth, and many, many others. He is the quintessential bad guy that ruins the protagonist's life and threatens the world or universe or whatever. Very hard to write from their point of view, but feel free to try. The worst that can happen is failure. Really. It's all a learning experience.


There are others (spend some time learning about them), all wonderful types to form your character from. Pick one that resonates with you and find what is unique about your Farmboy (or whatever you happen to choose). You will never write a completely original character, but that's not the point. Just like real people, characters follow certain traits and sometimes stereotypes. It's okay. Just make sure he/she doesn't blend into the crowd.


That brings me to another point, a quick one. Don't be afraid to write the opposite gender, of that's what you want. My first book attempt featured a female protagonist, and though rocky at first, it wasn't as hard as I had thought. My current book shares time equally between a male and female character, and (I've been told) that it works just fine. Go for it. You might just find that you understand more about the opposite gender than you thought.


Moving on to one of my favorite parts of starting a character: names. It doesn't matter. Seriously.


Okay, okay, I'll talk about it. I really do enjoy picking names. It's like having a baby, without the messy diapers and nine months of vomiting. Names help us connect to the person that is the character. It gives them identity. Feel free to experiment and go wild. Have fun. Just try not to obsess over it. Chances are (very high) that you will end up changing even the main character's name. I've done it several times across both books. It happens. Keep in mind also, that you want the reader to be able to recognize the names in your work, and try to keep the apostrophes to a minimum (in my opinion). Another thing to consider is the culture your character is based in (culture is another thing entirely, one I will try to touch on in a later post). If you have a seafaring culture, consider some nautical sounding names, or if your protagonist lives underground, perhaps they have earthy, rocky names. You can't really go wrong, but you can be more right.


One more note on names. If your culture uses surnames, try to think of them before you get 30k words in (just a bit of advice from experience).


Another thing I want to talk about is quirks. I'm sure you have all heard the term, and unfortunately sometimes we get the wrong idea. A quirk doesn't have to be a nervous tick that you mention every other sentence (in fact, please don't). It can be anything that sets your character apart, that makes him instantly identifiable. It could be the way a soldier touches the hilt of his sword, or the way a girl tosses her hair (this one can be overused also, so be careful). Quirks make your characters more human (or elvish, whatever), and while some may be subtle, your reader will pick up on them.


To sum this all up, feel free to start your writing project with a character. Feel free to name them, and spend time doing it. Be aware of what archetype you are writing into, and make them real (remember, unique is impossible). Focus your story on character, and you won't go wrong.