This 12" figure of Princess Leia Organa is taken from The Empire Strikes back, arguably the best of the original Star Wars movies (certainly the darkest). In the movie, Leia is part of the Rebel command structure working to secure the newest base on the ice planet of Hoth. While she doesn't do much fighting in this part of the movie, she does have a lot of responsibility on her shoulders, and can be seen giving orders for the evacuation of the base long after the Imperials discover and attack it.

I just barely purchased this 15 year-old figure from an antique store. Not only was this figure cheap, but I didn't have to pay shipping either! I was pretty excited to find it, as I had been hoping to get a Princess Leia figure for a while, but didn't like the version dressed in the costume from A New Hope. As an extra plus, she matches the Hoth Luke Skywalker I already have, and the Hoth Han Solo I hope to get. All the Hoth figures are high quality, and I'm glad to add them to my collection. Her clothing is authentic and stitched well, and though her skin color is much too yellow and the paint simplistic, her face is a surprisingly good likeness. In general, Kenner makes slightly horrendous female figures, but this is one of the better ones. One thing that bugs me: though her hair is well made, the hairline around her ears is too high, and makes her look weirdly shaved, even though she had those 1980s pronounced female side-burns in the movie.

While I've always appreciated how beautiful Princess Leia is, I've never had the typical male-geek obsession with her (though the gold bikini in Return of the Jedi was, and always will be, hot). I enjoyed watching her on screen because of her confidence and ability to blast stormtroopers when needed, as well as her caustic wit when it comes to Han. I feel like they're the perfect couple: drawn to each other even though they hate the idea of the other, and never mushy. Reading the Star Wars EU books has given me an extra appreciation for Leia, though I must admit they have never really explored her potential, and have perhaps written her with less finesse than the other characters. Still, I think she's an awesome character and I hope any girls I have in the future will look to her as the princess they emulate, rather than the many pink-ified Disney ones. 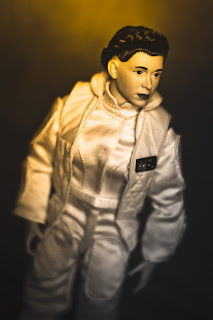 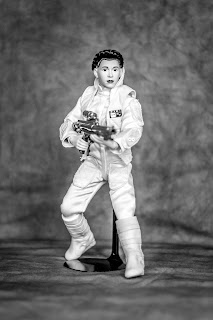